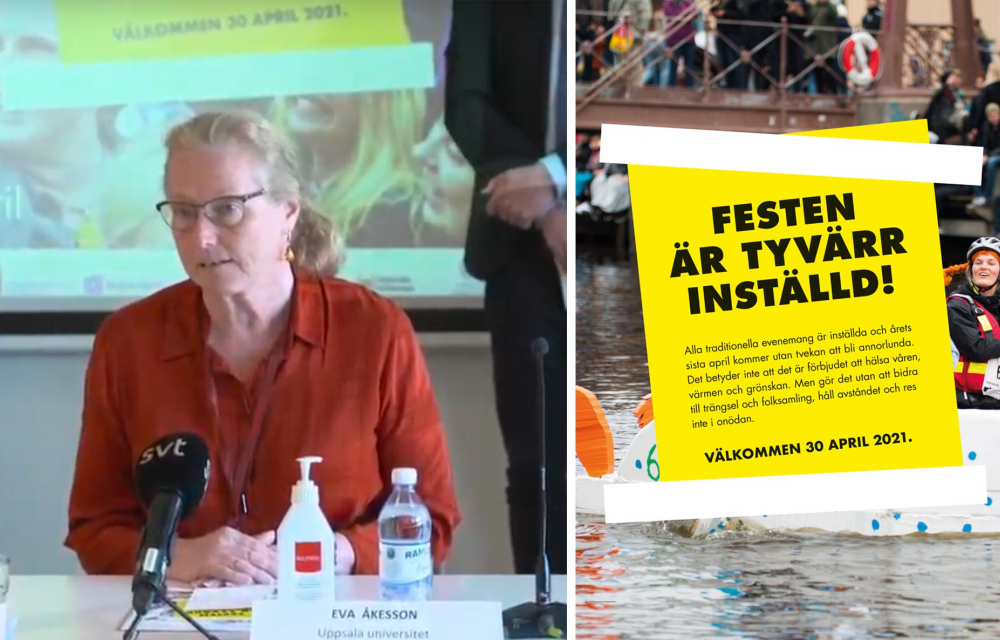 Foto: presskonferens Valborg
"We are going to collectively, but on our own, bid the Spring welcome in a responsible fashion", said Uppsala University’s Vice-Chancellor Eva Åkesson during today's press conference.
Foto: Printscreen from the press conference

Lina Svensk / cred@ergo.us.uu.se / Nyheter / Publicerad 2020-04-27 16:22
“The party is cancelled!” was the message representatives of some of the larger authorities of Uppsala wanted to convey during a press conference today to the people of Uppsala and the potential visitors the city might attract during Valborg.

On the last of April every year, Uppsala turns into the epicenter of the Valborg celebrations. The day marks the arrival of Spring and is the Uppsala students’ most beloved tradition. Normally, the day is filled with activities, parties and celebrations outdoors, most notably in the park behind the Ekonomikum Campus.
Due to the corona outbreak, however, this year will be different. Or at least that’s what the authorities of Uppsala are hoping.

Today, representatives of some of the local authorities, the Police and the Vice-Chancellor of Uppsala University among others, held a press conference, urging people not to celebrate Valborg the traditional Uppsala way.
– The party is cancelled in Uppsala on the last of April. There will be no raft race, there will be no champagne galop, we will not gather outside Carolina Rediviva and I will not stand on the library’s balcony to put on my student hat, as has been a yearly tradition since 1955. Instead, we are going to collectively, but on our own, bid the Spring welcome in a responsible fashion, said Uppsala University’s Vice-Chancellor Eva Åkesson.

Normally, around 150 000 people gather in Uppsala to celebrate Valborg, many of whom travel here from other cities. But this year the authorities have put together a campaign stating that “The party is cancelled!” – a message they hope to convey to both the people of Uppsala and those considering visiting the city to avoid a worsened situation for the region’s health care workers.
Around 830 people have been diagnosed with covid-19 in Uppsala and 83 have died. Right now 20 people are in intensive care and a total of 100 are currently being treated for the virus. 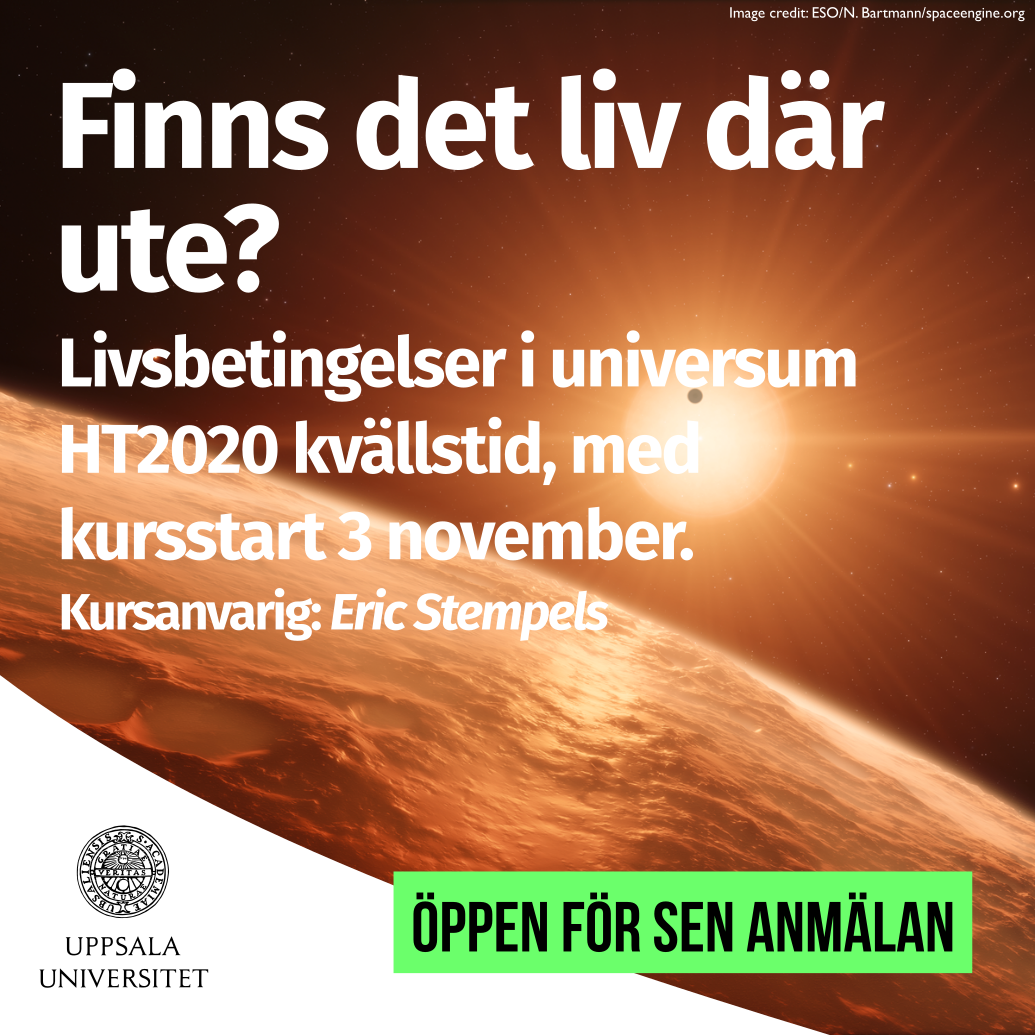 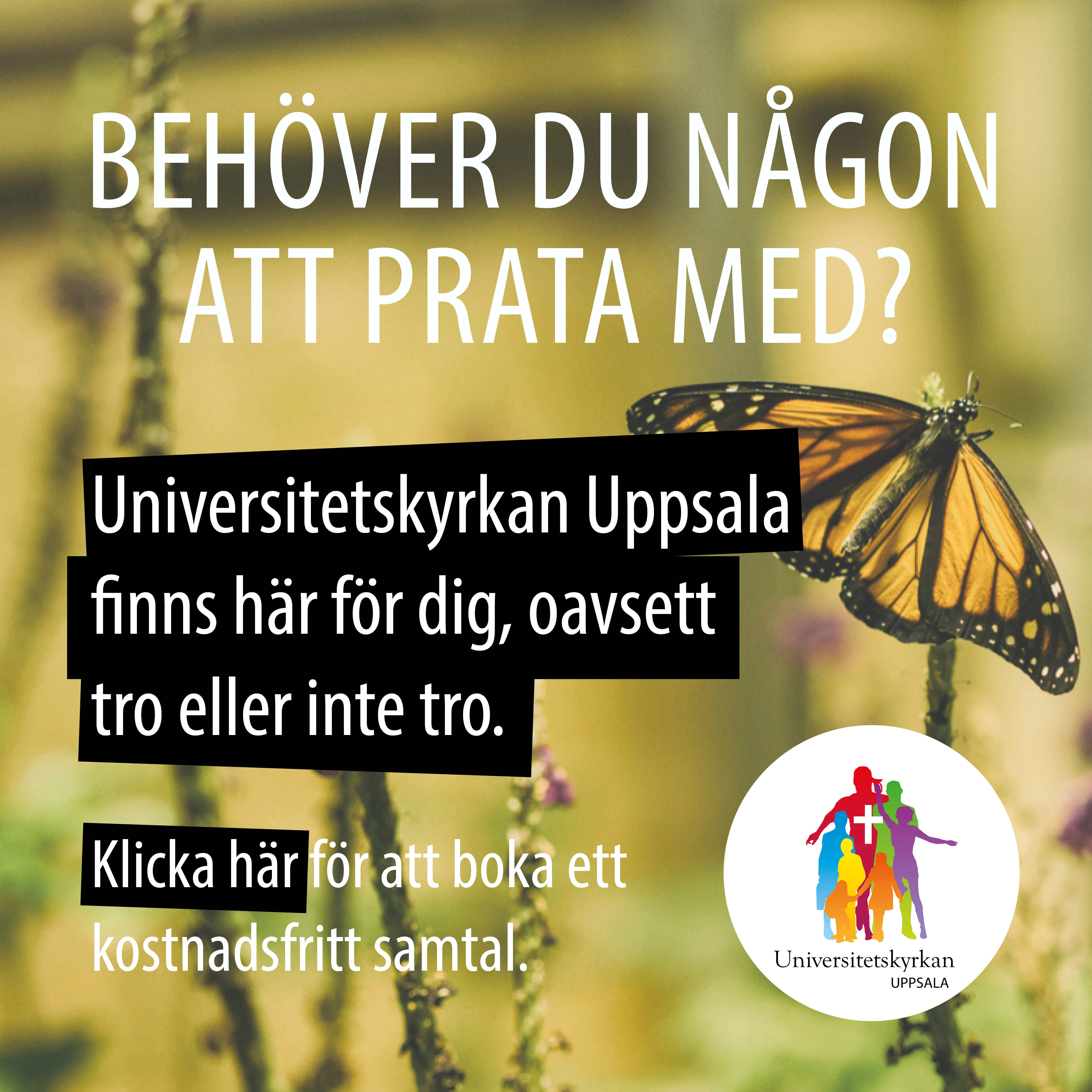