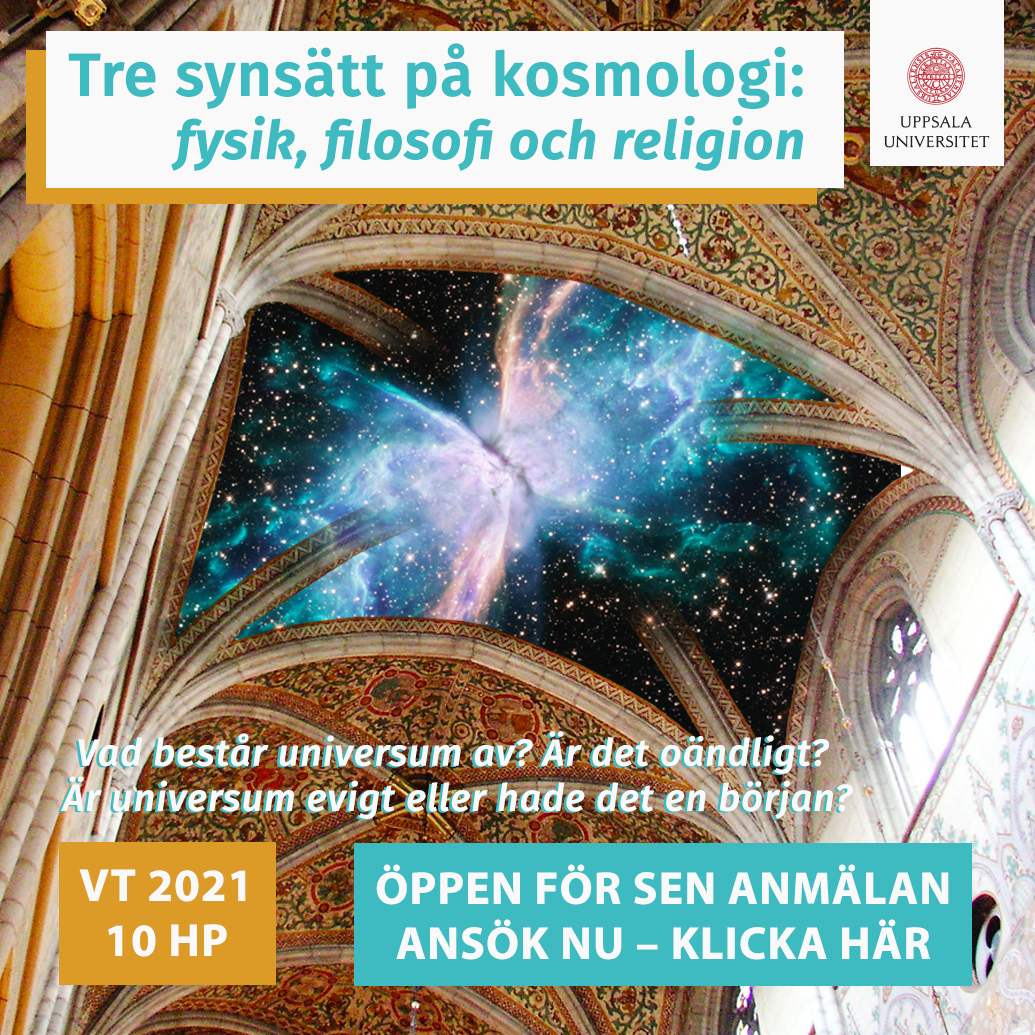 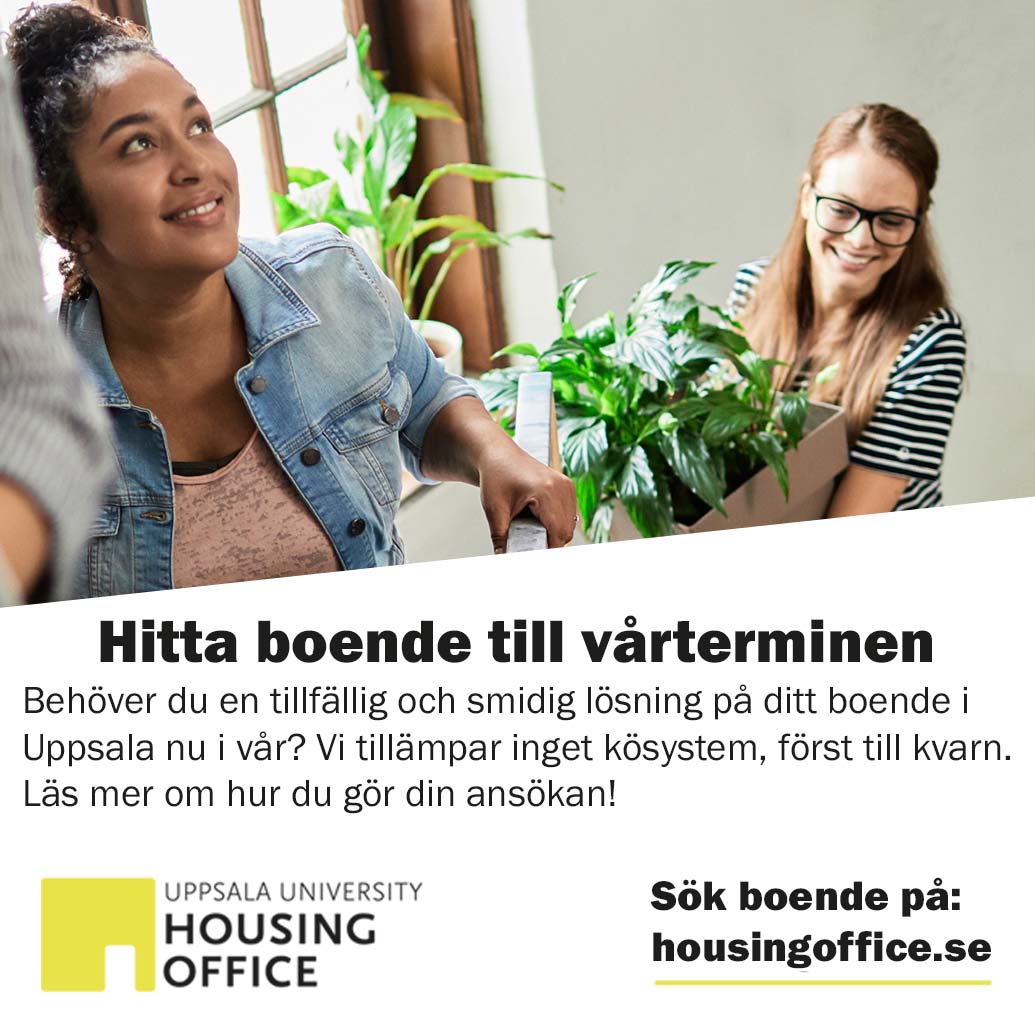 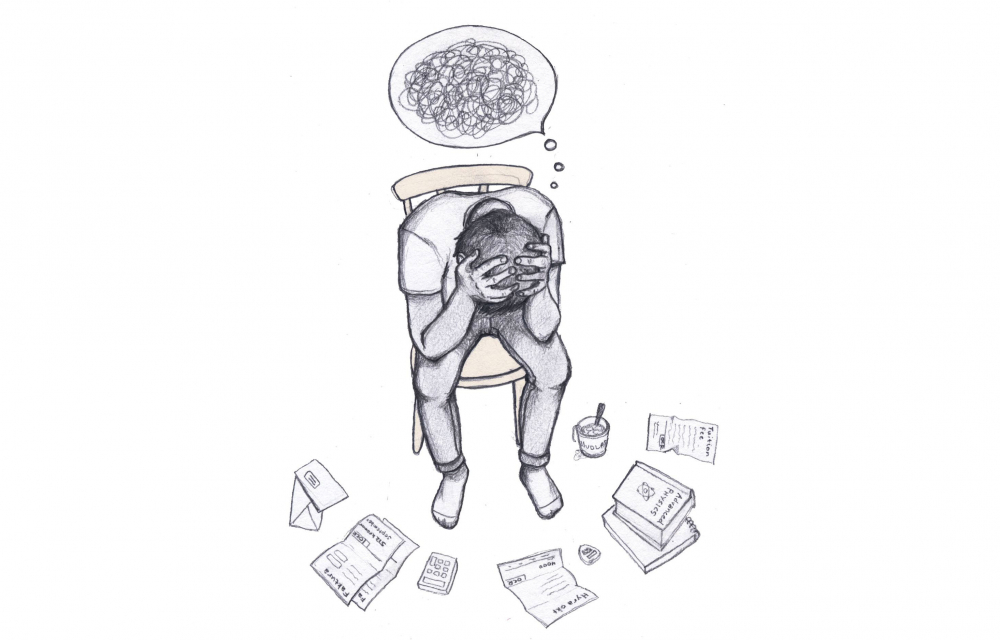 Foto: Image anxiety
"My hope is that this article will help anyone who finds themselves in a similar situation and that it will encourage them to not give up on their studies."
Foto: Lina Svensk

Studying With a Mental Disability 101

Johanna McCormick / Guide / Publicerad 2020-06-12 13:50
Getting a degree is hard enough as it is, but when you suffer from a mental disability it might seem almost impossible from time to time. Student Johanna McCormick gives five pieces of advice she wishes someone had given her five years ago.

This spring I finally obtained my bachelor’s degree in rhetoric. When I first started studying I of course planned on being finished within three years. But five years and eight bipolar episodes later, I realize just how much my mental health (or lack thereof) affected my studies. Now, I can’t help but want to share how I managed to push through and reach this point. My hope is that this article will help anyone who finds themselves in a similar situation and that it will encourage them to not give up on their studies.

Advice #1: Re-takes are your best friend.

Take advantage of the Swedish educational system’s generous policies when it comes to letting students re-take courses and assignments. If you, like me, have episodes of mental illness that seriously impair your ability to get even the simplest of tasks done, you’re most likely going to need to re-take several assignments, even entire courses, whether you like it or not.

Perhaps it’s November, your seasonal depression has kicked in and you simply cannot make it to all of those three-hour-long seminars and show up for that group presentation you’re meant to be a part of (talking in front of other people when you’re depressed is the worst!). Keep record of what you’ve completed and not completed, make sure to have an open and honest dialogue with your teachers and accept the fact that you’ll just have to make up for what you’ve missed at some other point in time. Your teachers don’t need to know the details of your disability, but it’s wise to let them know that you care about your school work and that you do intend to finish their course eventually. I know that on a university level, asking your teachers to let you re-take an assignment or course can feel unprofessional and uncomfortable, but you have got to let go of what other people think and put your health first. Besides, luckily in Sweden it’s your right to re-take courses. So be strategic and exercise that right to your advantage.

"Everything counts and anything is better than nothing."

Everything counts and anything is better than nothing. Let’s say the course you’re taking has two to three seminars a week and requires sh*tloads of reading. Half way through the course you realize you’re seriously falling behind and that you almost certainly won’t be able to pass. Now you might be very tempted to completely throw in the towel thinking that you’ll just re-take the whole thing later. But! If you, rather, continue taking some notes, attending some seminars and participating partly, your future self will thank you. Just because you won’t be passing the entire course this time doesn’t mean you should automatically lie back. No, when you finally do re-take the course later on, you’ll be pretty happy with yourself if you discover that you’ve already got some notes on the assigned reading and attended, for example, four out of the ten mandatory seminars. Your attendance is saved in “Framsteg” on Studentportalen and as long as you save your notes you can use them again later on, lightening the burden for your future self. Avoid an all-or-nothing mindset and remember that every baby step in the right direction counts.

For most of us it’s natural to want to perform our best, especially when we know that other people will be reading, grading or giving feed-back on our work. But for those of us with disabilities, pushing ourselves 100 percent at every single thing we do just isn’t realistic or sustainable in the long run. Regardless of what you might have been made to believe, not always doing your absolute best is totally okay. Wanting something to be perfect often plays a part in procrastination and if you daily set out to perform excellently, you risk worsening your already-existing symptoms or even suffering from a burn out.

Instead, you’re going to have to pick and choose, prioritize differently and let go of any streaks of perfectionism that you might be carrying. I don’t mean that you have to completely lower your standards. What I mean is that you are wise to say no to invites and more responsibility, avoid multi-tasking as if your life depended on it and instead carefully select certain tasks that you want to invest that saved energy into. For me, this has meant not giving 100 percent when, for example, writing shorter insignificant assignments that only one other person (my teacher) will ever read. That saved time and energy has instead been invested into larger assignments such as 25 paged theses that I can proudly say I gave my all. Choosing to not always do your best is far from lazy – it’s smart. 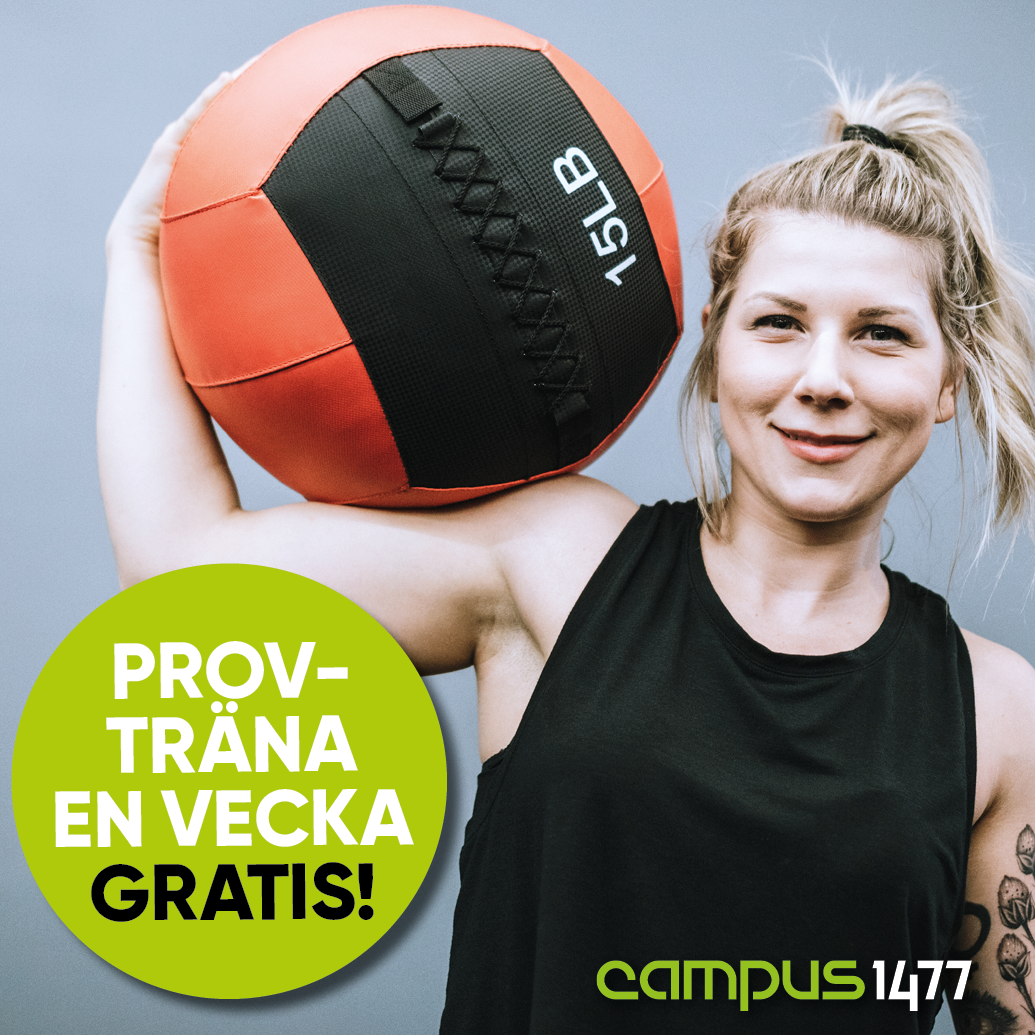 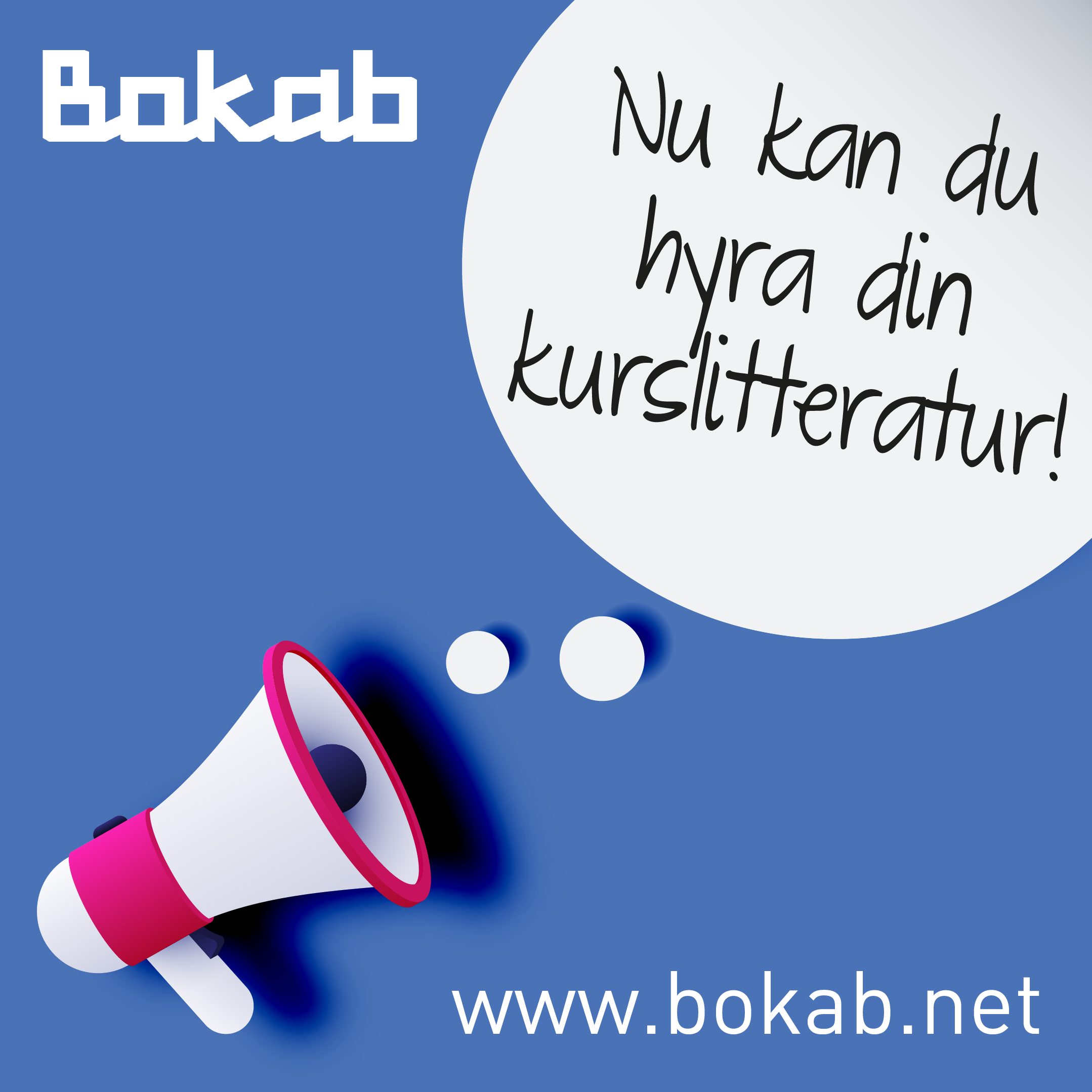 This quote isn’t mine and I don’t know whose it is, but it’s one that I’ve seen circulating online for quite a while now and honestly, I think it’s great. There will be times when you might feel like you’ll never graduate. There will be times when you look at how far behind you are and think to yourself that there’s no point in trying anymore. But before you seriously consider abandoning your studies, ask yourself when you last rested. Maybe you simply need to study part-time for a while or maybe you should apply for sick leave. Resting can also mean alone time, doing something “unproductive” (allowing yourself to just be and not produce results) or time off of social media.

Allow yourself to take a break, replenish and then re-assess your situation. I can’t even begin to count how many times I’ve felt like quitting when what I actually needed was a serious break. Looking back, I’m obviously glad that I made sure to slow down and rest instead of quitting altogether. Also, nothing beats the feeling of a good comeback.

"Things that are uncomplicated for other students aren’t always as easy for those of us with disabilities."

Advice #5: Celebrate every victory – no matter how big or small.

For every article you’ve read, every seminar you’ve attended and every assignment you’ve handed in, you deserve to reward yourself. Things that are uncomplicated for other students aren’t always as easy for those of us with disabilities. Actively participating in a seminar can take a tremendous amount of courage and energy. So when you get home after a long day, make sure to celebrate by rewarding yourself. When I say celebrate I don’t mean go out to a nation, get wasted and spend nearly a fourth of your CSN in one night (guilty…). I mean celebrate in a balanced way that still aligns with your other long-term goals. Reward yourself with something good to eat or doing something social or just relaxing – you get the gist.

Those are my five pieces of advice that I wish someone had given me five years ago when I first started studying. Other than this, there are several resources such as Studenthälsan (health services for students) that offers therapy, stress management and much more. Don’t hesitate to reach out and use these services. Practice showing yourself compassion and don’t compare your pace to other students’ pace. After all, last time I checked, a delayed degree is still a degree. 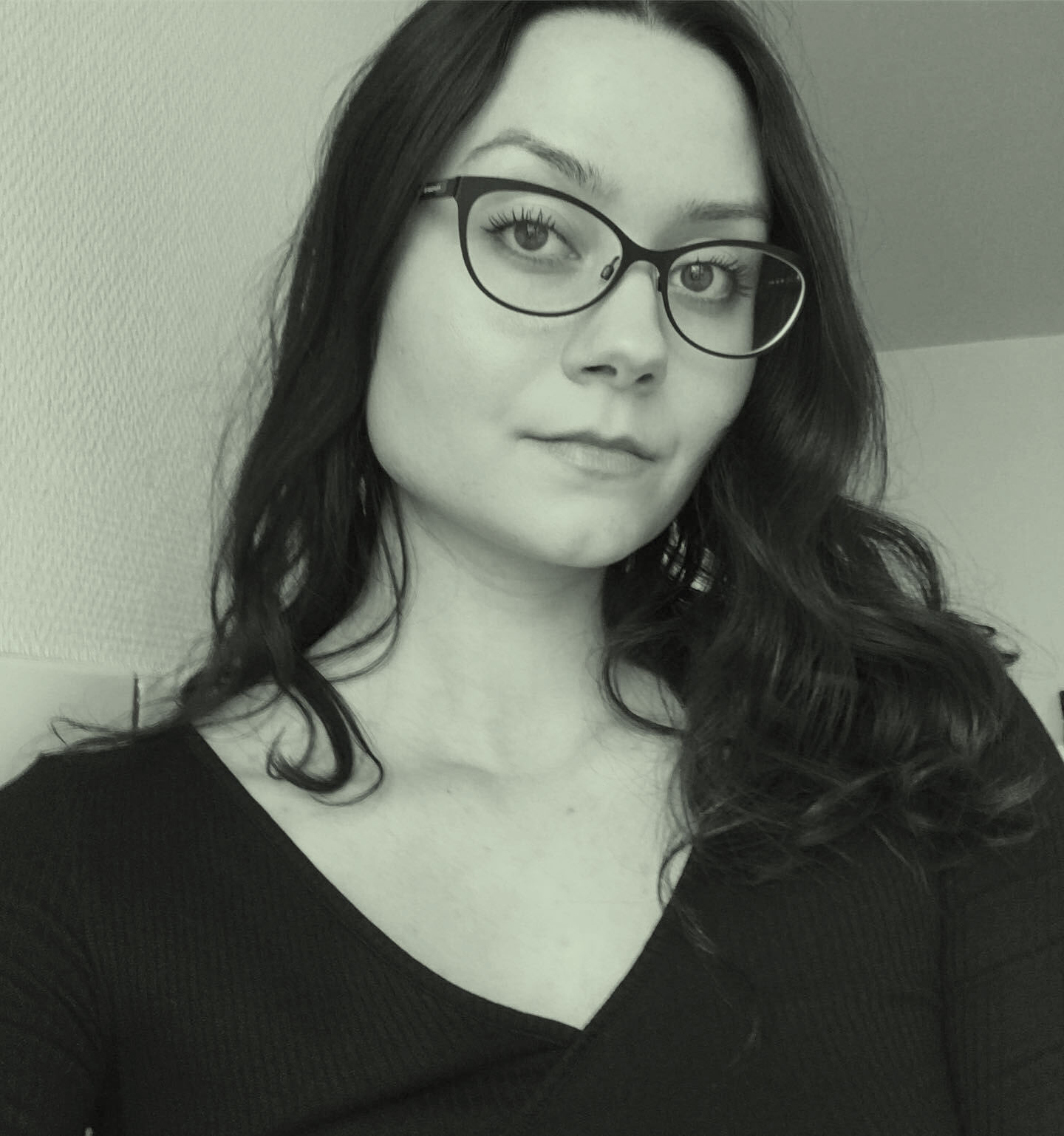